What is it that makes patients decide to accept a treatment with serious side effects? And what would make them say no? Jorien Veldwijk explains how Discrete Choice Experiments can help find out what patients prefer.

There is always an element of risk involved in medical treatments. But risk is difficult to understand and difficult to explain. Jorien Veldwijk says that people interpret risk differently depending on for instance the framing. Her research has shown that we have to be careful when we present risk information. Words make us think differently and people tend to focus more on positive than negative risks. So using words like survival or mortality will affect how people respond to a question.

But it is not just the words that matter. She says that researchers have to be aware that numbers are not objective either. People react differently when risk is listed as 5 in 100 or 5 per cent. To understand what the numbers mean, people tend to group them into categories, like low, middle and high, without evaluating the actual value of the numbers. For researchers, this means that when we ask people to weigh risks, the answer will not be whether they think for example one in ten is a low risk, but whether they believe it is lower than the risks they compare it to. In numbers, this means low could be anything from one in a million to one in a thousand. And to make things more complicated, people perceive the difference between one in a million and one in one hundred thousand the same as they perceive the difference between one in one hundred thousand and one in ten thousand.

How about visuals? Jorien Veldwijk says that using graphics is a double-edged sword: It helps some people understand better, and more quickly, if the risk is high or low. But at the same time graphics can contribute to grouping risks as low, middle or high.

Jorien Veldwijk is an expert in Discrete Choice Experiments, or ‘DCE’s” as they are often called. Her PhD thesis used DCE’s to look at preferences for and willingness to participate in different public health interventions. DCE’s are one of the methods that the PREFER project will look at. This method makes it possible to find out how people weigh benefits and risks against each other. She is public co-lead for PREFER’s clinical case studies, where the methods selected by the project will be tested in different patient groups.

“Part of the work we do in PREFER project is learning more about how we can make sure patients understand the information they receive before making decisions about their treatment and health. Especially when it comes to risks” says Jorien Veldwijk. 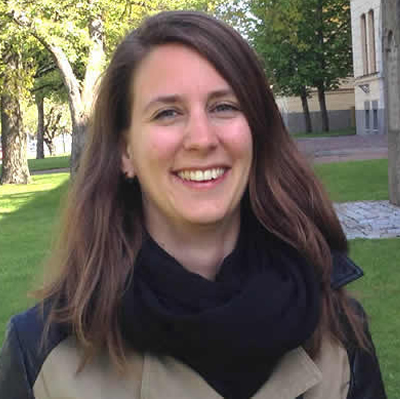 Jorien Veldwijk is a sought-after DCE expert and PhD supervisor at Uppsala University and the Erasmus Medical Centre in Rotterdam. She is involved in empirical research, but in the last couple of years it seems theoretical researchers also want to know how people weigh risks and benefits against each other. Jorien Veldwijk is happy to see research developing in this direction. She believes that instead of sitting in our ivory towers and deciding what is good for people, researchers should engage the people they want to target in designing and refining treatments and interventions. Researchers are starting to ask what the people they do research on want. Methods like DCE can help find the preferences people have. The next step is to make sure the knowledge comes to use. Part of the result coming out of this project will be guidelines and suggestions to include patient preferences in decisions. Hopefully our results will be used by the companies that develop drugs, the authorities that approve them and the ones that decide on the price.

“I believe that allowing patient preferences to inform development of drugs and medical products will contribute to treatments that patients want, like and use. That is my main driving force” says Jorien Veldwijk.

Discrete Choice Experiments are a quantitative method to measure preferences, which generally uses qualitative research as input. DCE was developed in mathematical psychology. DCE’s are often used in marketing, transportation and environmental economic research and can be used to estimate willingness to pay. But instead of weighing time against cost, health-related research use DCE’s to weigh outcome or effectiveness of treatment against harms.

Jorien Veldwijk has a master in Public Health and a master in Clinical Epidemiology. She obtained her PhD in public health/health economics in May 2015 and was appointed assistant professor at the University Medical Center Utrecht where her research continued to be focused on eliciting stated preferences. She is still working in the same field, using DCE’s and dividing her time between the Centre for Research Ethics & Bioethics (CRB) at Uppsala University, Sweden, and the Erasmus Medical Centre in Rotterdam, the Netherlands.